A Righteousness by Faith #2: What is the measuring stick for righteousness? 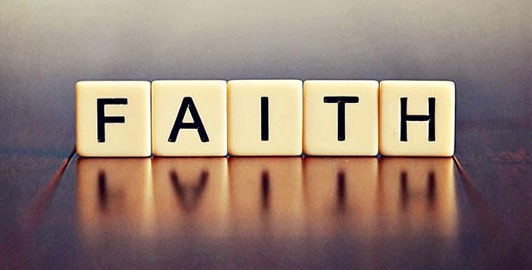 A Righteousness by Faith #1

That I may gain Christ and be found in him, not having a righteousness of my own that comes from the law, but that which is through faith in Christ—the righteousness that comes from God on the basis of faith.
Philippians 3:8-9
Few issues create more angst than discussing righteousness. This is no two-sided issue, with one side holding the moral high ground and the other speaking from the pit of hell. Christians are all over the map about what it means to be righteous. The picture above illustrates the divide believers feel. Is righteousness about living rightly by a moral standard set out by God? Or is it deeper, something that all believers are, no matter what kind of life they are living? Or maybe a combination of these two positions. Or, perhaps, neither gets it quite right.
When I saw the T-shirt picture the first time, my initial thought was to wonder what the person who created it is trying to say. Is he suggesting that some Christians are confused? That they think that being ‘saved’ means they can live any way they want because they have been declared righteous by God based on Jesus’ death? What about the opposite? Am I righteous if I do none of those things that the T-shirt advertises?
These questions highlight how our faith has devolved into moralism instead of relationship with God. It is as if God sent Jesus into the world to hand out a moral code just as stringent, albeit up to date, as the Law that defined the Mosiac covenant. Yet everything that God reveals about the new covenant, starting in Jeremiah 31:31ff, repudiates the idea that righteousness involves an external set of rules for living.
Not that I understood this when growing up in church. And I suspect that many of you saw your faith in the same terms. There was a right and there was a wrong way to live. Some of it was culturally defined, such as dancing, movie watching and drinking any kind of alcoholic beverages. Much of it had biblical authority attached to it. A lot of it pointed us to a wise lifestyle.
But Jesus notes to the Pharisees in Matthew 23:23, that they were good at the letter of the law, making sure to tithe even on the wild spices that grew in their gardens, but “neglected the more important matters of the law—justice, mercy, and faithfulness.” What Jesus reveals to them—and through them, to us—is that it is possible to be technically righteous and still be unrighteous because morality can be skin deep, but unrighteousness goes right to the heart.
What, then, is righteousness? In Philippians 3, Paul is warning a church, with whom he is especially close, to watch out for teachers who base their authority on ‘the flesh,’ i.e. external righteousness. He knows the pitfalls of their credentials because he once had a killing mission based on the same outlook. He is a ‘righteous’ Jewish leader, born with the right pedigree, belonging to the right religious sect, boasting that he has lived more righteously than the majority. Then he blushes.
Whatever he has gained in life, he now considers loss. All that flesh effort plus three bucks could have gotten him a Starbucks, but it did not mean anything eternal. When put up next to the righteousness of Jesus, he sees his life as a useless performance to gain him attention, notoriety, promotion and power. His righteousness is muck to him now. What he wants going forward is a righteousness that comes from faith in Christ, not the one he once pursued from the Law.
It is the difference between these two kinds of righteousness that we need to grasp if we are going to gain Christ and be found in him. For the righteousness of Christ is not the warmed-over law that is served up much too often, with its musts, oughts, and shoulds. Righteousness is having our hearts aligned with God by God, for out of this alignment we are restored into the people we were created to be.
(to be continued…)
by Steve Smith 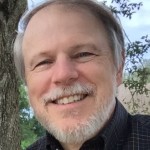 I’m A Man, Help Me Find Myself

In Search of Real Men

Real Men In A Men-less Society